Our Journey, Our Mission

As the makerspace branch of the Weston Public Library, the Art & Innovation Center extends the Library’s commitment to community and literacy through art and technology. Exposure to new ideas, processes, and skills empower patrons to create through art, technology and digital fabrication. The goal of the makerspace studios is to foster artists, craftsmen and technologists in their endeavors, welcoming both amateurs and professionals as they explore creative, tinkering fun. 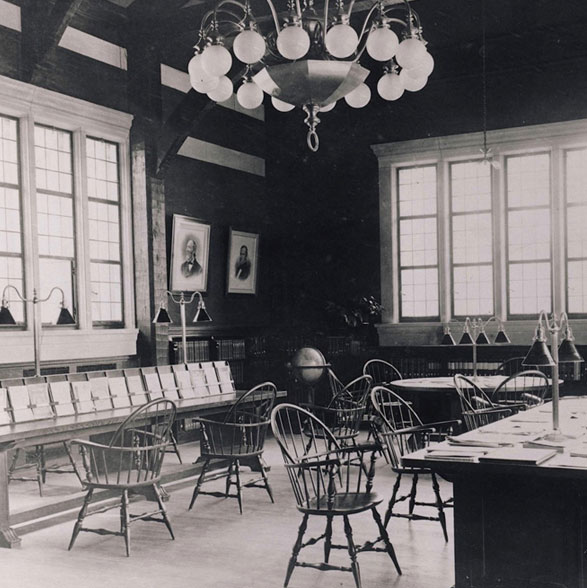 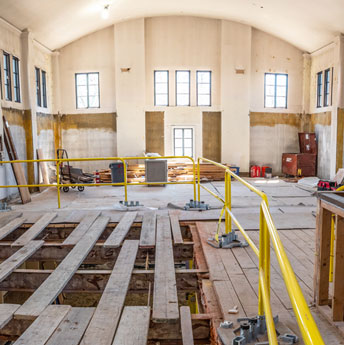 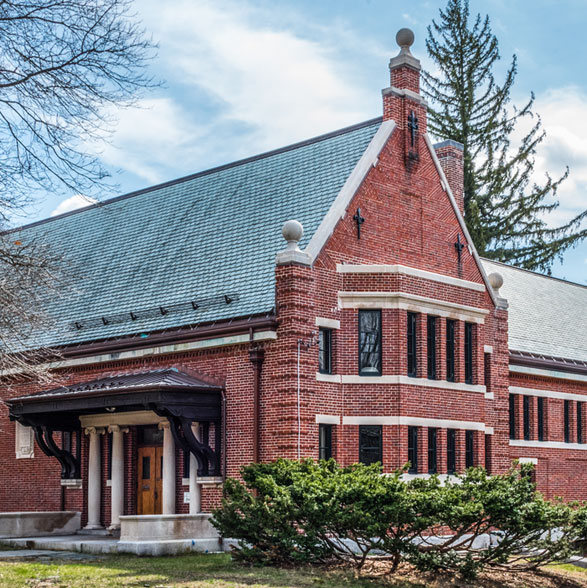 The ‘Old Library’, built in 1899, consisted of a large, vaulted Reading Room and a stacks area on the main floor with an extensive children’s area on the lower floor.  Town historian Pam Fox states in her book Farm Town to Suburb that the building, designed by Boston firm Fox, Jenney and Gale “is a variety of English Tudor now referred to as Jacobean, based on formal English building traditions of the late medieval period. The stone trim is Indiana limestone.” Work began in November 1899 and the library opened a year later, on November 17, 1900. The building closed after a new library was opened in 1995, and remained largely unused until renovated in 2019.

The Art & Innovation Center consists of a main Reading Room, two makerspace studios and a small conference room. The Reading Room, restored to its previous 20th century grandeur, is an elegant and intimate space for parties and catered affairs, performances and lectures, exhibitions and classes. The former stacks area on the upper floor and the former children’s library on the lower floor are makerspace studios containing a wide selection of high and low tech equipment such as 3D printers and laser cutters, printing presses, painter’s easels, sewing machines and soldering irons. The AIC offers a wide range of art and technology classes and also provides access to those certified to use the equipment independently.

The AIC is a self-sustaining institution committed to literacy, knowledge and community with an emphasis on hands-on learning. The studios are available to anyone developing new skills, expanding a hobby, starting a small business or just pursuing an idea with the goal of seeing it through to reality. The Reading Room is a vibrant and active cultural center that hosts performances, exhibitions and educational workshops and is available for rent by the public. Our vision is to be a neighborhood space where residents of Weston and beyond can congregate in a collaborative spirit to learn together, create, and use equipment that might not be found in the typical home.

Different uses of the Old Library were considered during the time it was vacant, including ideas for a restaurant and condominiums. Community members expressed a strong desire to preserve the integrity of the old building and allow public access to what is revered as one of the architectural cornerstones in Town. The historically sensitive renovation that ensued was the result of votes at Town Meeting to allocate $4.5MM of Community Preservation Act funds to provide the Town with an ‘innovation center’ for municipal use. The Reading Room has now transformed into a vibrant cultural center and the remainder of the building, which used to store books and knowledge, now stores equipment for hands-on learning in studios where the public can gather to learn and share together.

Watch the video that explains the background and development of the restoration of the Old Library into the current Art & Innovation Center.