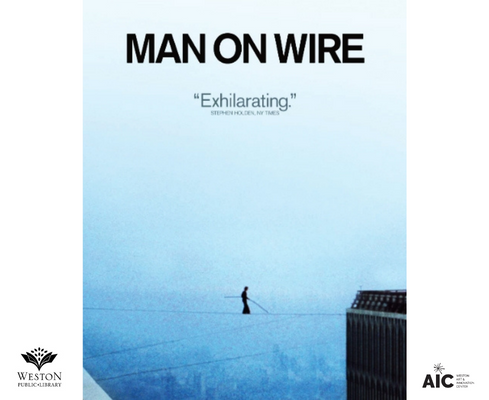 If this documentary comes across as a heist film, it is totally intentional, because when Phillipe Petit set out to tight-rope walk between the World Trade Center towers in 1974 — it was an illegal undertaking. Petit and his collaborators planned the stunt like a clockwork robbery and the film covers every nail-biting detail. Man on Wire also offers a fascinating window into a time when the towers were not venerated, as the majority of New Yorkers considered them an ungainly eyesore, but Petit took the first steps to change that perception by giving the buildings a human dimension.

BE ADVISED: This film is rated PG-13 for some sexuality and nudity, depicting what transpired on August 7, 1974, and does not address events that took place on September 11, 2001.