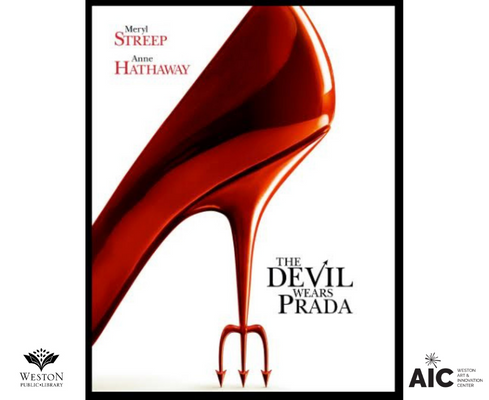 This look into the New York fashion world has both a sparkle and a distinct edge. The sparkle comes from Anne Hathaway, who plays a just-out-of-school journalist working for the editor of a prestigious fashion magazine. The edge in this film is Hathaway’s tyrannical editor, played by Meryl Streep. It has been said that Streep walked away with this film––giving one of the most vibrant performances of her career, but Stanley Tucci also stands out, as does Emily Blunt, who landed a breakout role as Hathaway’s forever exasperated co-worker.

BE ADVISED–– This film is rated PG-13, with drinking, profanity, sexual overtones, work-related stress, a bad encounter with a taxi, divas, but no smoking (the film is notable for not depicting any tobacco use in an otherwise nicotine-ridden industry).