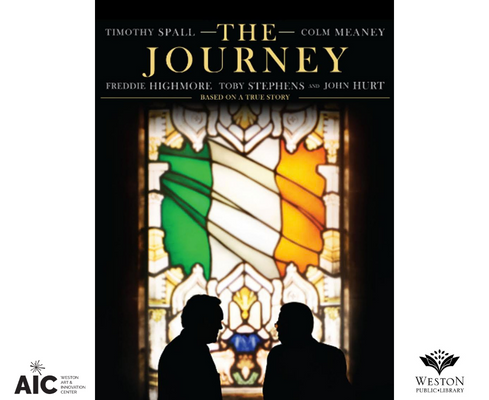 In 2006, after years of stalled initiatives, the Protestant Unionist and Catholic Nationalist leaders of Northern Ireland met in Scotland to hammer out a power sharing agreement. Then Prime Minister Tony Blair and his Irish counterpart Bertie Ahern were desperate to avoid another impasse, and they contrived a meeting between former IRA hardliner Martin McGuiness (Colm Meaney) and the ferociously doctrinaire politician Ian Paisley (Timothy Spall), two men who had never once spoken to each other. What was said in their arranged journey back to Ulster has not been disclosed, but this film surmises how their encounter played out––all the while under the frantic watch of the British Intelligence establishment.

BE ADVISED–– This film is rated PG-13 with archival images of sectarian violence, terse parochial language, and all manner of political scheming––whether Hibernian or Britannic.