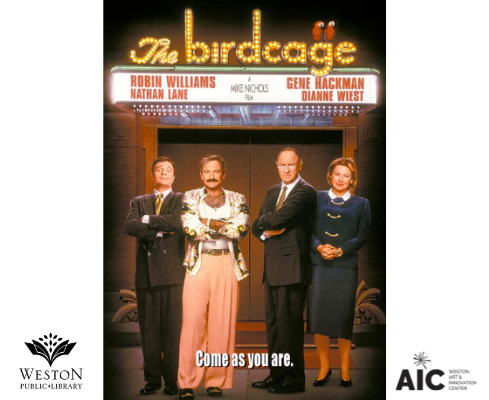 Given the recent “Don’t say Gay” initiative of Florida’s governor, here is a film set on Miami’s South Beach belting the word out in grand style. Based on the 1978 La Cage aux Folles, the film features Robin Williams and Nathan Lane as Armand and Albert Goldman, two life-partners who own a drag club where Albert is the star attraction. The managed chaos of their daily life is upended when Armand’s son announces he wants to marry the daughter of an ultra-conservative senator played by Gene Hackman. To please the son they both adore, Armand and Albert set out to pass as straight for their new in-laws. What could possibly go wrong?   Few remakes manage to transcend their source material, but under the direction of Mike Nichols, this film is a big-hearted send-up of the culture wars, with love and compassion offering a lesson for the current decade.

BE ADVISED- The film is rated R with smoking, drinking, profanity, semi-nudity, and utter outrageousness.